Greetings from Scotland! We’re still meandering through Edinburgh, and here are some more highlights, as well as some lowlights.

Our first excursion of day 2 was to The Writers Museum, an incredibly small former house that pays homage to Sir Walter Scott, Robert Burns, and Robert Louis Stevenson. The funniest moment was when a soundtrack started playing and we all jumped, thinking the spirit of Burns was about to make an appearance. 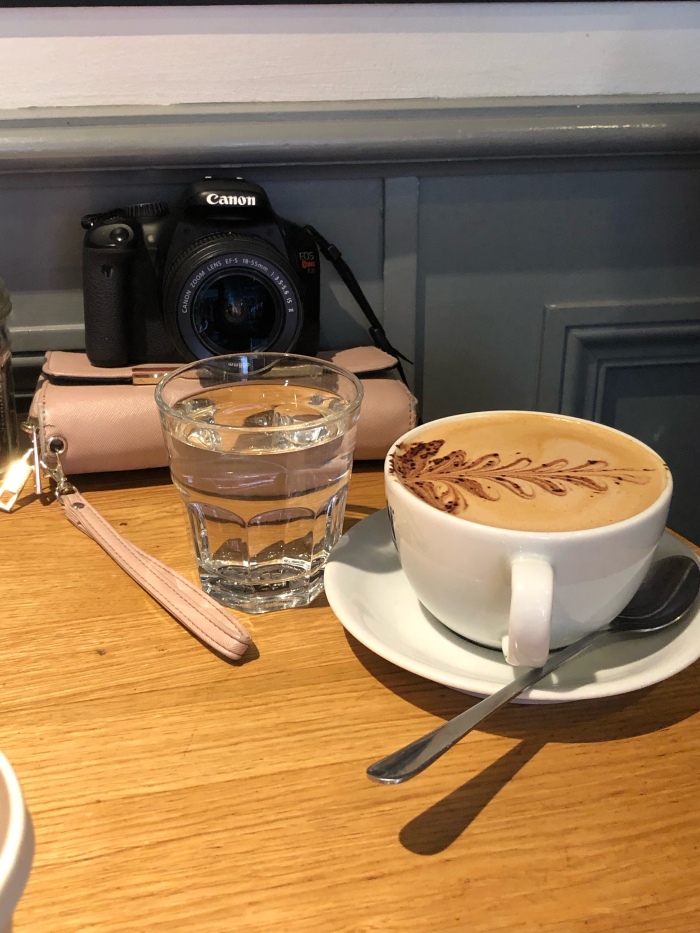 After the museum we all needed to fuel up, so we stopped at Le Barantine, a lovely Parisian cafe on a Scottish side street. I had two delicious oat milk vanilla lattes and my chocolate croissant was heaven on a plate. It was also very nice to meet the handsome Greek waiter, whose name happens to he Paris. 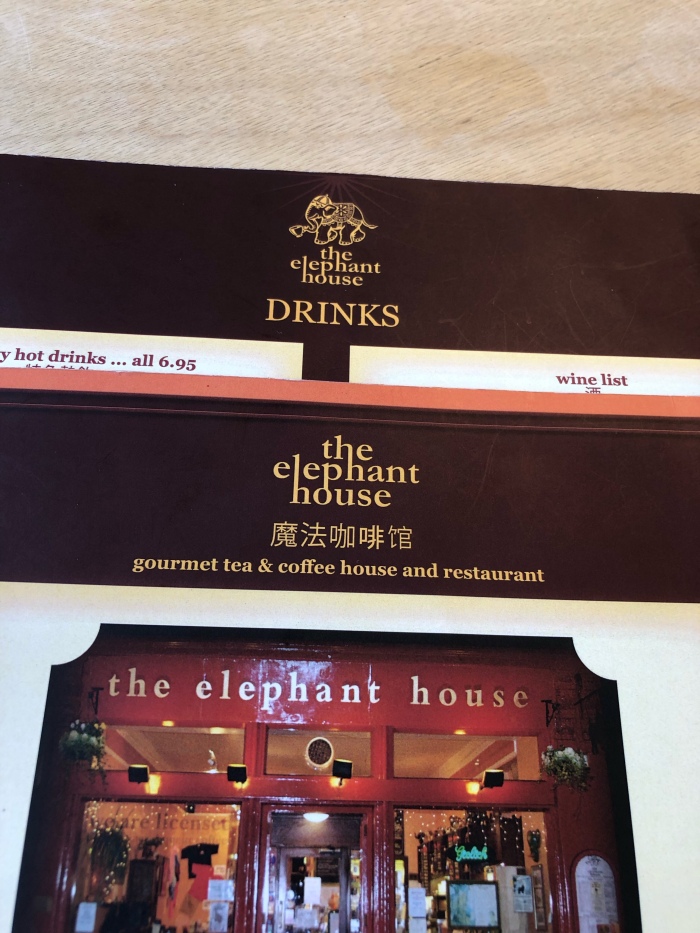 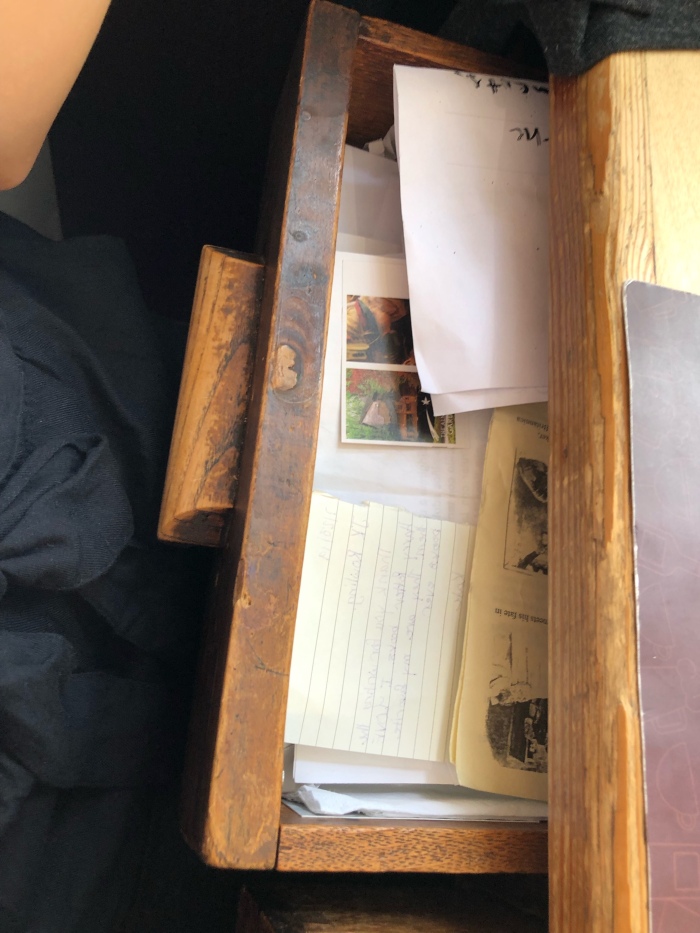 These two shots are from the Elephant House. It would just be a cute local cafe, but for the fact that JK Rowling wrote a majority of Harry Potter within its walls. All I can say about it is the BBQ pulled pork sandwich was delicious and the drawer of letters was a fun surprise. I would have hoped to write a bit, but it was too loud in the cafe, and they do not have public WiFi. 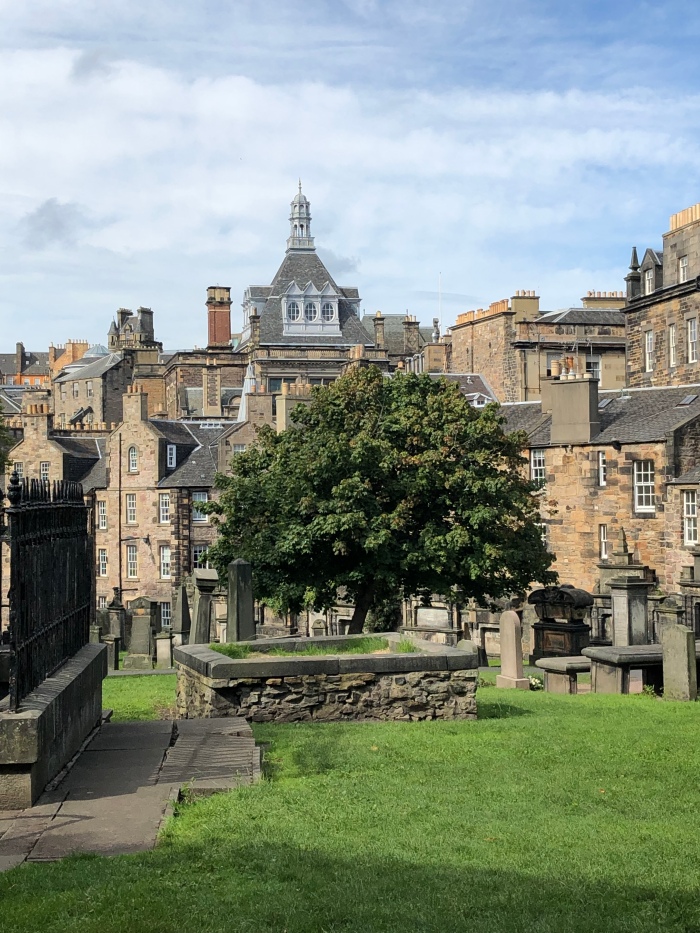 This is from Grayfriar’s Kirkyard. I did not want to hang around a cemetery for an hour, but my group wanted to see the stones that inspired the names of Harry Potter characters. In summary, I believe a gravesite is a place for solemn respect, not a tourist destination for photos. (My shot is of the tree and the building).

The placard explains the story of the statue across the street, which I failed to get a direct photo of. The statue is of a dog that guarded his master’s grave for 14 years. The pub next to the gravesite is named in his honor.

I don’t have any photos of the next part, but this blog is about sharing the honest truth.

We got back from the Kirk yard around 6pm, and we were due to leave again around 7:30 for an evening event. Suffice it to say I did not make it to the event, and instead ended up sobbing on a Scottish sidewalk. The jet lag, the need for solitude, and the lingering emotions over the cemetery combined to build a wall that I crashed headlong into. I stayed in my room, meditated, and called my mother. Thankfully my trip leader was incredibly understanding and compassionate about it. I got a halfway decent night’s sleep and woke up refreshed and ready to keep going.