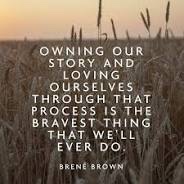 Well it happened again. I feel my cheeks, burning with the white-hot rage of powerlessness. My anger and disillusionment is tangible yet I stay silent. I’ve always been silent in these situations, refusing to refute misperception, instead allowing an identity 20 years in the making to be diluted by a split second interaction.

Anyone who looks at my face can see something is different. I’ve discussed the circumstances of how this came about, but suffice it to say I have some facial paralysis, including speech difficulties, but no cognitive or developmental delays. Those who take the time to get to know me will soon learn my physical differences are inconsequential, but passing strangers often assume I have Down’s syndrome or similar issues, even going so far as to often ask if I am a member of Bethel’s special ed program, which I am not. I firmly believe in the necessity and positive impact of inclusive education in schools, but I do not wish to be seen as less capable than I am.

Every two or three months, a passing stranger will comment on my appearance. These interactions often take place over less than ten seconds, walking through hallways, sitting in the school library, or simply walking across my restaurant to do my job. Early in the summer, a gentleman with a Southern accent thought I was yawning and asked If i was tired. “Tired” is a better assump­tion than “cognitively impaired,” but I’m sick of it all. As a matter of fact sir, I am tired. I am utterly exhausted, not simply of being judged by my appearance but of having said appearance directly tied to perceptions of my intelligence and capability.

I am aware that these strangers mean no malice, and they may make their comments for a variety of reasons. Some may try to connect over Bethel as a common interest, others could be making small talk and others may just be confused or unsure. I don’t fault any of these people. How are they to know an innocent comment is a hair trigger on a landmine of emotion? However, intent does not absolve impact. Even when the intent behind the comment is positive or neutral, it can still have a very harmful impact, leaving me angry, disillusioned, or simply ashamed.

They say certain things happen just often enough that one forgets how unpleasant they are. This is typically applied to banalities like dentist appointments and unfortunately it is a perfect description of this pattern. The intervening weeks or months between each incident are times I am able to virtually forget about my appearance, when I can make my peace with the mirror and go about my life. But each passing comment feels like a reprimand. I’ve been caught. I’ve been fooling myself and everyone around me that I’m a “normal college girl” but my fraud is exposed.

In each of these situations, I felt a twinge of resig­nation. If I am to take up space on this earth and go about my life, I’m going to encounter people with no filter. But I am tired of the resignation and impostor syndrome. I’m tired of allowing people to believe they can read a 20-year story in a split second interaction. I am the only one who can reclaim my narrative and assert my identity, and doing that starts with taking control of the interactions, educating others, and empowering myself.

The first time I did reclaim my narrative felt like a perfect redo of the last-straw incident weeks earlier. A gentleman passed and made small talk, asking if I enjoyed the live music in the bar. He commented that I looked tired. I felt my hot spring of volcanic emotion rise up. I took a sharp inhale and turned back toward the man. I informed him that he was wrong…and that was that. He seemed sorry and changed the topic and the situation was diffused This simple conversation changed everything. I can simply correct misperception and I don’t have to despise those who make human mistakes. Furthermore I don’t have to let the perceptions of others ruin my evenings. I look forward to practicing this skill and expanding the conversations and conceptions on ability and disability.

As often as I get comments from adults on my appearance, I get many more comments from curious children. One of the first things parents should teach their children is to never comment on a person’s physical differences to their face. Children should ask questions to understand the world, but those questions should be directed to the parent to protect the public dignity of the person in question. When I was young, children would regularly approach me and my mother and say, “what’s wrong with her?” My mother often felt the need to shield me from these comments because they were painful for both of us. She began actively avoiding children in public because the comments stung so frequently.

If you pass by someone in an elevator or a coffee shop or even on the street, and see something you admire, like fancy shoes, a cute hairstyle, or pretty eyes, tell them! People generally like compliments, and it forms the desired friendly connection. Another awesome tactic is finding commonalities, such as wearing the same clothes or going to the same school. But if you see something that looks different or off about someone, you can let it slide. If you want to say something and have tested the idea, ask yourself if it actually forms a connection, if it will make the other person feel comfortable. Odds are, people are already well aware of the difference and probably self conscious about it. People who are visibly different don’t need to be reminded of their difference by a passing stranger who doesn’t know their full story.

I have a unique story that strangers can’t easily assess. As such, it isn’t their fault that they make incorrect assumptions, although it is their responsibility to think before speak. It is my responsibility and privilege to set an example of a different kind of person, one who doesn’t abide by labels or terms and just does her own thing. I’ve never been “normal.” I gave up on that idea early, and there’s a certain freedom to be found in not contorting myself to fit societal expectations. Not everyone knows how to interact with me though. In the past I’ve simply made this awkwardness “their problem,” but I don’t want to continue the cycle of confusion and anger and isolation.

The idea of “normal” is a complicated myth, but it’s a myth that has very real ramifications for our self esteem and self worth. If we feel that “we don’t measure up,” it can lead to subtle and serious consequences. Those who have unique physical differences have a right to dignity in public spaces, and those who are “typical” have a responsibility to honor that dignity. Those with physical differences who feel comfortable sharing their story should be heartily encouraged to do so, in order to educate those around them and spread peace and community.

7 thoughts on “The Fraud of Normal”