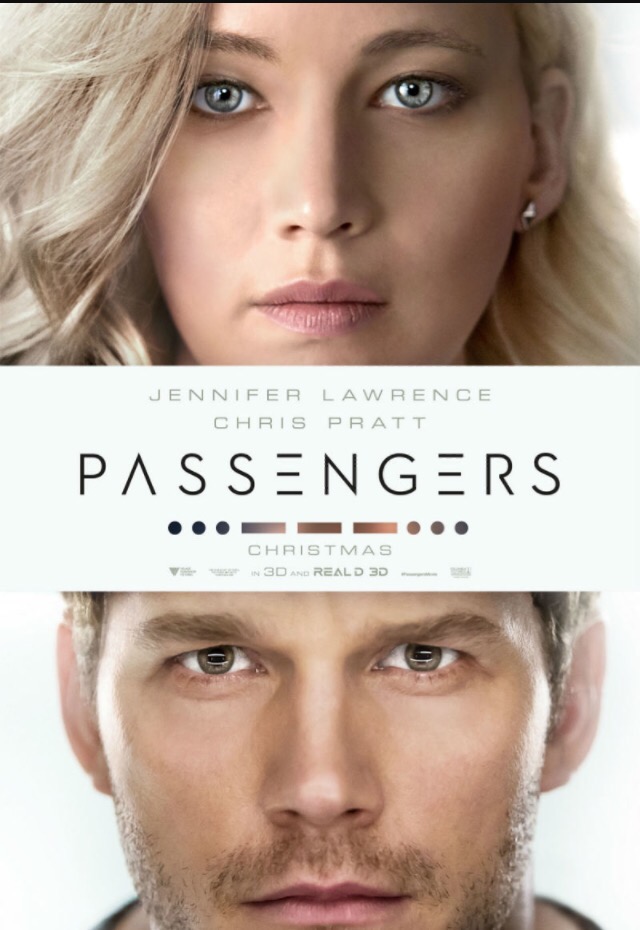 Passengers is a thoughtful movie that explores the primal human need for community. After spending a year alone on the Starship Avalon due to a technical malfunction, Jim encounters (in an interesting way) Aurora, a young beautiful writer. (So she and I are kind of twins. 😉 ) As the only two humans awake on the entire craft, their dynamic is interesting and extreme, yet elements of it ring true in every relationship. The only characters of note in the two-hour movie are Jim Preston, Aurora Lane, and the android bartender Arthur. (A ship deck chief appears later in the movie, but only as a plot device for action). The wrench in their relationship is inevitable to viewers, but it creates good dialogue among both characters and audience. The movie seems to suffer an identity crisis in the third act, abruptly shifting from a thoughtful philosophical drama to a high-stakes action flick and then back again. While the movie does an excellent job as a cerebral romance, the action feels forced and rushed. There is a certain conflict that adds an insidious undertone to the movie and drives the action of the third act. Overall 8/10 for thoughtful and original plot, exponential stat power, and discussion-provoking ideas. Points deducted for the identity crisis.