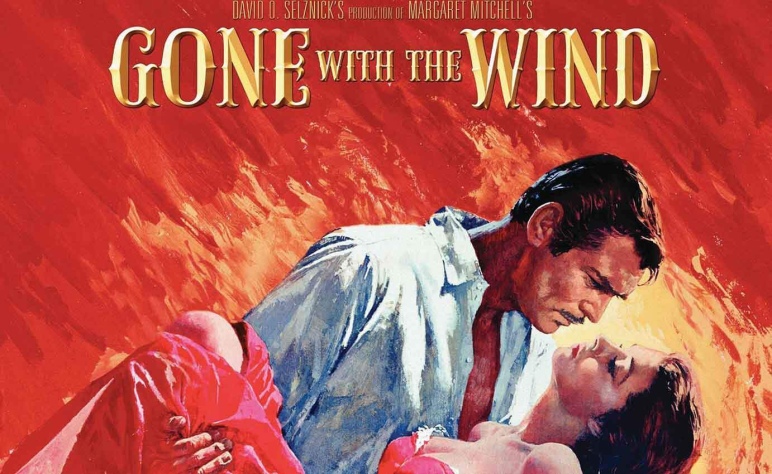 Hello! This movie is a behemoth, in both content and cultural impact. The story of Scarlett and Rhett and their enduring yet doomed love is timeless for a reason but it’s also very ingrained within a certain era of history. With that said, here’s my character analysis of Gone With the Wind.

**There will be spoilers, because this movie is 80 years old and a cultural cornerstone.

The movie centers on Scarlett, but I’m going to start with Rhett Butler because i like him better. We meet Rhett in the second scene as a man rich in money but poor in social respect. The most important thing to know about Rhett is that he doesn’t put up with bullshit and he spews cold hard facts at all times. This used to annoy me, but as I get older it adds to his rough exterior. Throughout the movie, Rhett has a curious fascination/obsession with Scarlett-he consistently saves her from traumatic situations, but also chides her for her self-absorption and obsession with a married man. Rhett does marry Scarlett after about seven years of subtle flirtation, but he still cannot win her heart and eventually gives up. He’s a man who goes after what he wants, says what he thinks, and loves fiercely. However, he does display a few abusive tendencies, such as anger and threats of violence when drunk. I can’t excuse any of those behaviors, but I understand those may simply have been products of living in the 1860s, a time when male aggression was more affirmed and accepted. Rhett is not a perfect man, but he is honest and he is mature, and he is also gorgeous.

Rhett’s honesty and maturity are sharp contrasts to Scarlett O’Hara’s immaturity and manipulation. When we meet Scarlett, she is 16 and loves flirting with every single boy around her. She knows how to play the game without ever investing in it, because her heart belongs to the one man she can’t have. (I’ll get to Ashley Wilkes in a second, he’s a spineless prick.) Scarlett marries two men before Rhett, one out of spite and the other out of desperation for money. She marries Melanie’s younger brother Charles (who is promised to Ashley’s sister India) but he dies in the war, so she steals her sister’s much older boyfriend Frank Kennedy, along with all of his money. Both of these men “belonged” to other girls, but Scarlett doesn’t care about things like feelings or keeping promises. Throughout the entire 12 years of the movie, Scarlett wants only one man-Ashley Wilkes, who is married to Melanie Hamilton.

Rhett and Scarlett are complex individuals and their complex relationship requires its own analysis. Scarlett is 16 at the start of the movie and Rhett is 33. That is a 17-year age difference, which in itself wasn’t awful in their day. The subtle problem with this is their maturity levels. Throughout the entire movie, Rhett is a fully formed adult while Scarlett is an impetuous, stubborn, self-centered teenager up until the very last scene. It takes the death of a major character for Scarlett to fully realize and embrace the love being offered to her. But by the time she sees common sense, Rhett has finally had enough and simply gives up. It’s a tragedy of passing ships and people too alike for their own good .

While Rhett is chasing Scarlett, Scarlett is pining after Ashely Wilkes, who is not exactly an upstanding fellow. At the start of the movie he marries Melanie Hamilton and they appear to have the sweetest romance. But Ashely admits to having feelings for Scarlett and they even share a few kisses. At one point Ash and Scarlett are caught in an embrace, and Melanie simply sweeps it under the rug and continues to love Scarlett as a sister. It might be not that she trust Scarlett, but she trusts that her husband would never truly cheat on her. Rhett describes him perfectly in a tirade to Scarlett: “Of course, the comic figure in all this is the long-suffering Mr. Wilkes! Mr. Wilkes, who can’t be mentally faithful to his wife — and won’t be unfaithful to her technically. Why doesn’t he make up his mind?“

Ashley’s devoted wife Melanie Wilkes (née Hamilton) is the sweetest and purest character in the entire movie. She is a devoted wife to Ashely, and a kind sister to Scarlett. It’s unclear for most of the film if Melanie knows Scarlett’s thoughts, but either way she remains compassionate and trusting and devoted to peace. She devotes her time to caring for wounded soldiers and tending to the home and her child. One of the most beautiful scenes of the movie is a conversation between Melanie and the town tramp Belle Watling. Melanie treats Belle with dignity as a fellow woman, something the latter is clearly unaccustomed to, and its a wonderful example of compassion and sisterly love.

Every character in this movie fits a common archetype, but the most obviously stereotyped character is the Tara plantation servant Mammy. She serves as Scarlett’s nanny/surrogate mother, but can do little besides watch Scarlett manipúlate everyone around her. One of the most telling scenes is when Scarlett manipulates Frank Kennedy. Mammy watches Scarlett in horror, but says nothing to stop the situation. At other times, Mammy has some smart words for Scarlett or other characters, but they rarely have any lasting impact. One of the more endearing plot lines is Rhett’s quest to earn Mammy’a approval. As with Scarlett, he eventually succeeds in an amusing fashion.

Below are a few choice clips from the movie that highlight Scarlett and Rhett’s relationship.

A Goodbye Kiss –This scene is the result of multiple years of subtle flirtation and Rhett’s refusal to relinquish what he wants, namely Scarlett’s love. The fire in the background and dim lighting add to the romance and grandeur of the scene.

A Complicated Proposal-The man cannot even take a proposal seriously. It’s filled with sarcasm and banter, but Rhett makes a valid argument and he does win

Everyone Knows the Last Line-To be fair, the famous quote isn’t actually the last line of the movie. The last line is much more hopeful. But this scene epitomizes heartbreak in a unique way-a woman who may finally be ready to get it right and a man who’s tired of waiting….ships in the night, that’s what Scarlett and Rhett always were

I said a lot but I didn’t even scratch the surface of the emotional, aesthetic, and historical significance of this movie. It is one that I anticipate revisiting every few years and continually unraveling like a tapestry. I would recommend this to teens about 15 and older, as a good family movie to discuss. 10/10 for engaging characters, beautiful scenery and Rhett Butler. Watch, and get swept away!